sour sop 1000 times effective than chemotherapy to fight against cancer 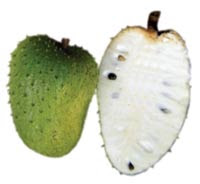 For a while now, many people have been promoting the consumption of soursop as a means to kill cancer cells. The claim is that soursop works better than chemotherapy as some cancerous cells are resistant to chemo treatments. The question is, are soursop fruits really a cure for cancer and a better alternative to chemotherapy for cancer patients?
The soursop fruit – a miracle cure for cancer?
If you do a search on the internet on this topic, you are likely to find many sources that stand by the goodness of soursop to help cancer patients battle cancer instead of undergoing chemotherapy. Besides the fresh fruit itself, there are also many types of soursop supplements in the market. Do they really work?
Can graviola cure cancer?
Graviola is something that comes from a tree in the rain forests of Africa, South America, and Southeast Asia. Its scientific name is Annona muricata. It is also known as cherimoya, guanabana, soursop, custard apple, and brazilian paw paw. In many countries, people use the bark, leaves, root, and fruits of this tree for traditional remedies. The active ingredient is thought to be a type of plant compound (phytochemical) called annonaceous acetogenins.
People in African and South American countries have used graviola to treat infections with viruses or parasites, rheumatism, arthritis, depression, and sickness. We know from research that some graviola extracts can help to treat these conditions.
In laboratory studies, graviola extracts can kill some types of liver and breast cancer cells that are resistant to particular chemotherapy drugs. But there haven’t been any large scale studies in humans. So we don’t know yet whether it can work as a cancer treatment or not. Overall, there is no evidence to show that graviola works as a cure for cancer. Many sites on the internet advertise and promote graviola capsules as a cancer cure, but none of them are supported by any reputable scientific cancer organisations.
We know very little about how graviola affects the body. But we do know it can cause nerve changes, causing symptoms similar to Parkinson’s disease. So it may have harmful side effects for some people. Always talk to your doctor before taking any kind of complementary or alternative therapy.
Graviola costs more than £5 for 100 capsules. The manufacturers advise taking 2 capsules, 3 to 4 times a day. So 100 capsules could last less than 2 weeks.
We do not support the use of graviola to treat cancer. Whatever you read and have been recommended by well-meaning family members and friends, do a quick check, especially on reliable sites. Get to know the full picture before you think the majority should be right.
This fruit is found very common in our house fields but many are destroying it without knowing its use. so please forward this blog to many as you can so that as many as be aware of it
Posted by sna oushadhasala at 1:29 AM 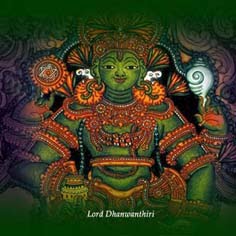